What's the science behind barefoot shoes? 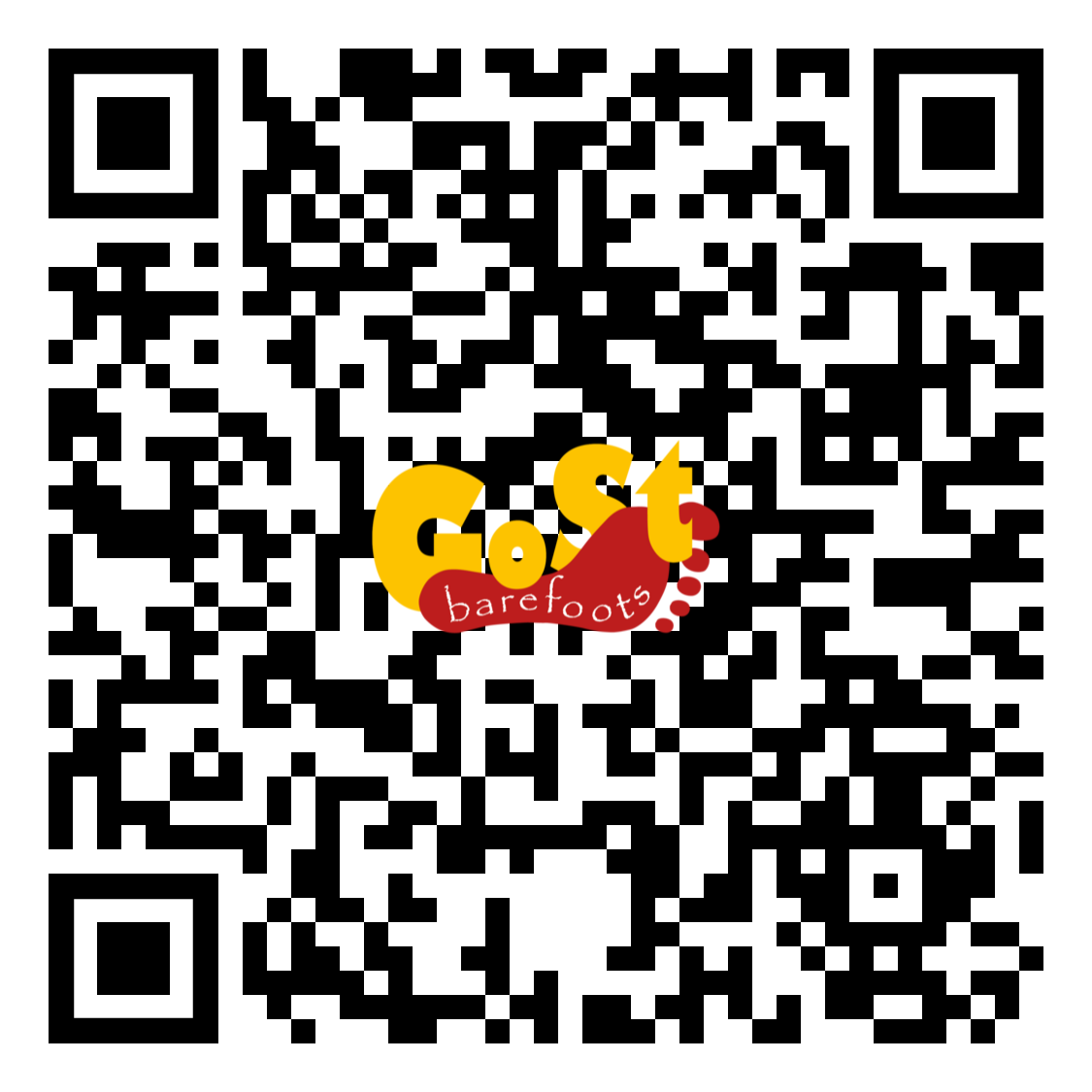 As early as 1995, Christoph Reinschmidt, a bio-mechanic from Calgary University in Canada, was concerned about the heel height (the height of the heel compared to the forefoot), which would amplify the pronation of the foot during the support phase of the running motion. The pronation of the foot is a natural damping motion that moves inwards, the important thing here being the force that pushed the foot into this rotational movement.

Depending on the construction of the heel, it can cause a multiple of the normal load (Grau, 2003). Then shoe manufacturers “invented” so called “pronation supports” (harder materials on the inside of the in between sole), which would cushion the strong forces that drive through the sole.

American bio-mechanic Dr. D. Casey Kerrigan and her colleagues only recently found out that ironically, these damped shoes with higher heels and pronation support cause more strain to hip and knee joints than simply walking barefoot. These scientists measured 37 percent more internal torque at the knees and 54 percent more torque at the hip joints when running with shoes. 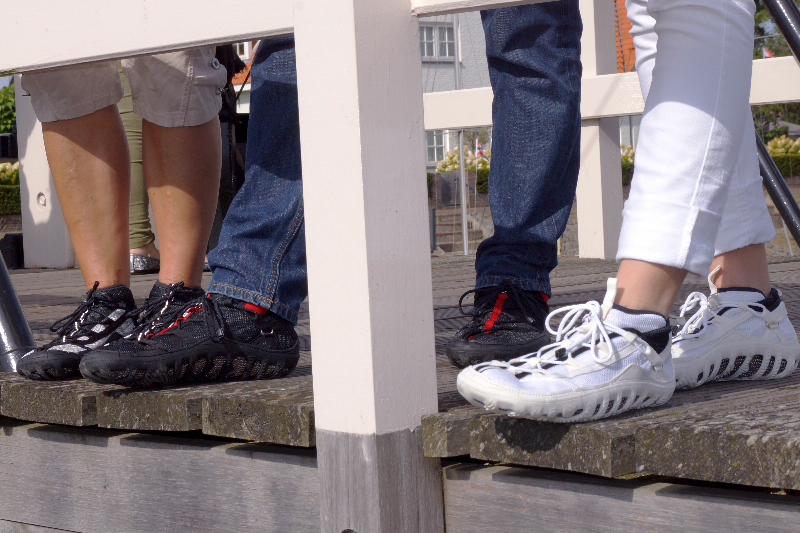 In another study from an American team of scientists lead by Geoffrey Keenan, experts from the University of Virginia observed 68 healthy athletes with shoes and barefoot on a treadmill. The athletes wore reflectors and were filmed with a high-speed camera, to mathematically determine the strain on the joints during running. The results were again staggering: Hip, knee and foot joints suffered much higher forces when joggers wore shoes. The burden of running shoes on the hip was calculated to be 54 percent higher on average than running barefoot. Knee joints showed 36 to 38 higher loads. Through these measurements it was concluded that the higher strain was caused largely from the higher heels and the suspension material under the foot arch. This study was a compelling confirmation that the higher strain on the three lower joints is a result of the construction (heel/pronation) of modern running shoes.

Scientists around evolutionary biologist Prof. Dr. Daniel Lieberman at the University of Harvard (Nature, issue 463, page 531, 2010) also came to the conclusion: People who run barefoot go easier on their joints. The authors correctly asserted that runners with regular running shoes touch the ground with the heel first. This leads to a load on the knees and other joints equivalent of three times their body weight. Runners who run barefoot touch the ground with the forefoot or the middle of the foot. This leverages a natural suspension mechanism that strongly minimizes the subsequent impact on the heel. The hit on the heel when touching the ground is therefore significantly reduced, when it is transmitted to the joint. Prof. Lieberman: “Most people think that it is dangerous and painful to run barefoot”, but the opposite is true. Even on hard surfaces, it is more comfortable to run without shoes. When offered unhindered freedom of movement, they are better trained and become stronger, which can lead to less injury.

Even acknowledged physicians, physiotherapists, orthopaedists and podiatrists agree that the bio-mechanic and sensorial functions of the human foot are degenerated through modern footwear. Avoid shoes with heels, even shoes that look flat, but still have some sort of higher heel. Even shoes that are marketed as "barefoot shoes" or having "zero heel" tend to be different in the heel than in the front. Regularly walk barefoot or in shoes that are as close to walking barefoot as possible.

This topic is discussed in the media more and more. The increasing “minimalist” movement that uses “minimal/barefoot shoes” in sports and leisure is staggering. Here's a small overview of such products that other manufacturers have brought to market.

No, we are convinced that the use of barefoot shoes is only the beginning of this development and there's still a lot to be discovered. Positioning feet correctly is not the only important thing for well-being, mindfulness is equally important.

Why else would people inevitably smile when stepping barefoot into a puddle? And why is it nearly impossible as an adult to keep children from mud, dirt and sludge, where they enjoy jumping around so much? Primal instincts?

In order to better understand this, one should keep an eye on human history. How long has mankind walked on level, flat, polished surfaces? Our feet have evolved through millions of years into what they are today. They are bio-mechanic masterpieces of evolution – genetically optimized for constantly changing differences in ground composition, temperature, moisture, angle and so on. In the last 10,000 years, we have instead, perfected the isolation of our feet from these primal impulses and taken away these enormously important stimulations from them.

The construction of the walking apparatus is the bio-mechanic result of an extremely long time of development. It's optimized for all surfaces that are present in nature – and conversely, not optimized for anything that didn't exist 10,000 years ago, evolution is unfortunately too slow for that. Being exposed to always the same load, on a tarmac street for hours, is a constant lack of stimuli that must lead to degeneration. Feet need variety to be completely healthy and strong: Warm, cold, wet, dry, hard, soft, bumpy, uphill, downhill, sloped, etc.

Barefoot and the PaleoBarefoots®

The somewhat misleading term barefoot shoe, in contrary to what you might expect, does not describe the barefoot feeling, but barefoot-like conditions (minimal drop, no/minimal insole, thin sole, sufficient toe space and an overall flexible construction). Our less positive experiences with available barefoot products (the so-called "minimalist shoes" or "barefoot shoes") in respect to barefoot feeling finally led to a simple idea, the foundation of GoSt-Barefoot and this completely new barefoot feeling concept.

Walking and running, including as much barefoot feeling as possible, preferably on natural ground. Ideal prerequisites for our feet and the PaleoBarefoots®. These Barefoots have been developed especially for walking “barefoot” safely on unknown and unclear ground while still feeling “close to nature”. On meadows, lawns, forests, coast, streams and rivers – yes, even under water.

The Paleos® have distinctive advantages over other products 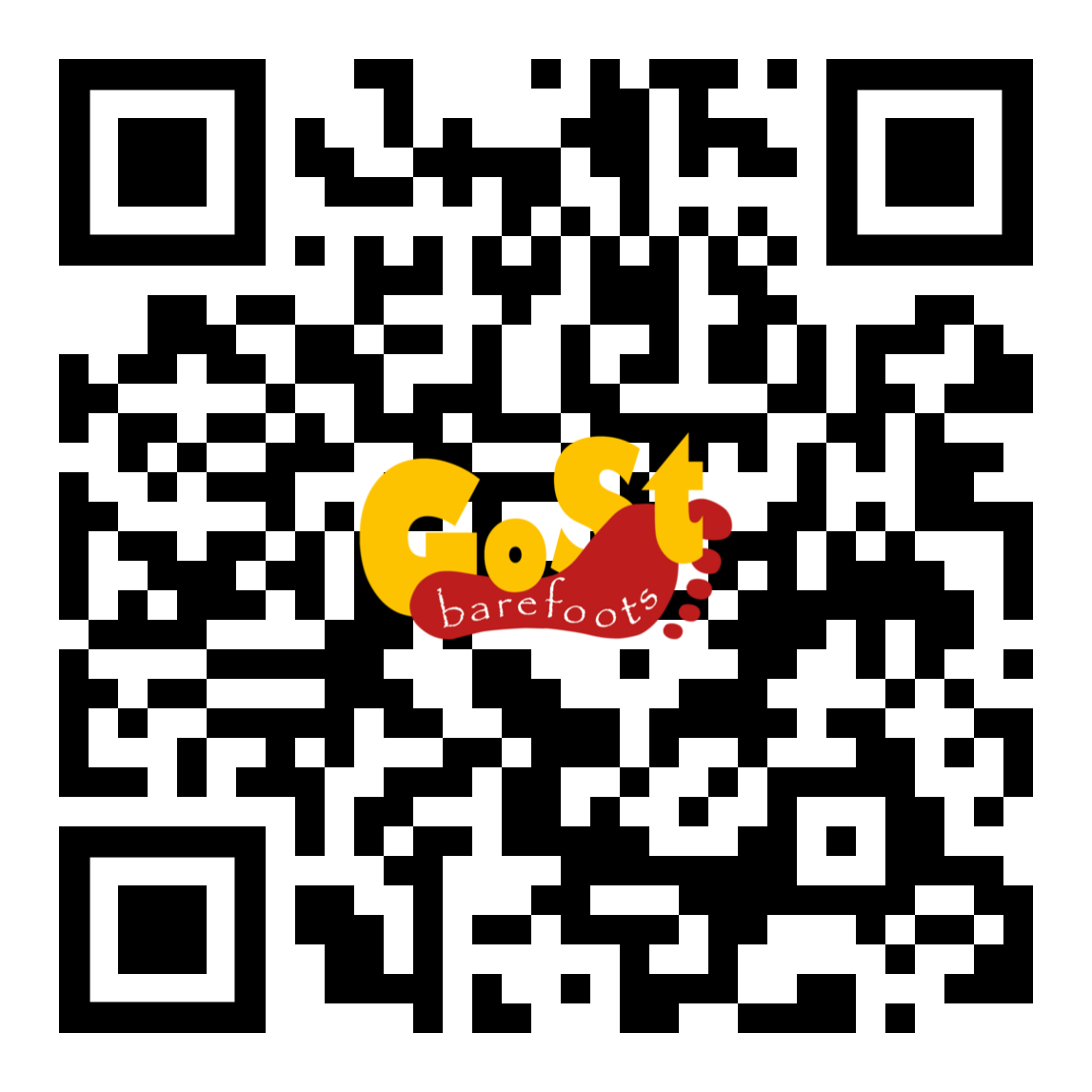